The first law of thermodynamics states that within a closed system, energy can be neither created nor destroyed.  I learned this from Professor Rosanna Cappellato, a friend and colleague who left us this year after courageously battling cancer. 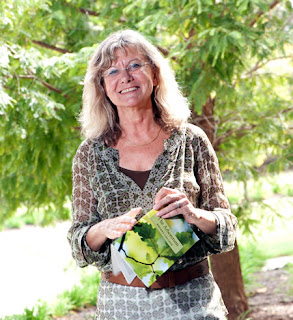 As I look back at 2012, a year filled with achievement and loss, deep sadness and profound joy, I see this law at work.

In late November, one of my senior students in the Bonner Scholar Program at Rhodes College was asked to reflect on a person who made a difference in his life during his first three years at Rhodes.  That person was Professor Cappellato.  He had traveled with her to Namibia this year to conduct research, taken classes on environmental science with her, and confided in her with matters that went beyond biology. 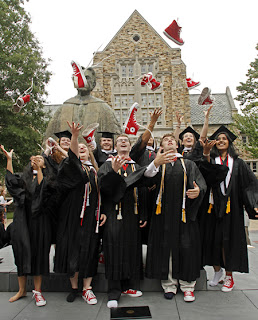 Rosanna’s life, the force of energy that she brought to her teaching, her engagement in Memphis, and every relationship she forged, persists today.  Her energy lives on in my senior Bonner and the cadre of students she taught at Rhodes; it lives on in the arboretum she worked to establish at the College, and in the animals and trees and critters and plants that will continue to thrive as a result of the sustainable practices Rosanna taught.

Energy can be neither created nor destroyed.

Some of my friends had babies in the past year or so: Alma and Ethan, Luka and Ramona.  These little ones will grow and develop as their parents and teachers and friends invest energy in them.  They’ll be leaders and brothers and bosses and maybe one day, parents and grandparents.

Memphis is teeming with such transformed energy these days.  Old school systems being made new; old mentalities giving way to new realities.

We’re even turning an old car bridge into a new bike bridge.

Even old labels are fading…like Marty McFly and his cousins in that Polaroid from Back to the Future, the worst city for bikes is now the most improved.  A decaying southern backwater now has an innovation team at City Hall.

Energy can be neither created nor destroyed…rather, it can only change forms. 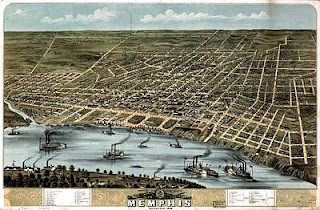 I think a lot about the past.  Though I was trained this way, I have a seemingly insatiable and inexplicable curiosity about things that happened way back when.  And usually when I think about the past I think about Memphis, this wholly southern American city built by cotton. 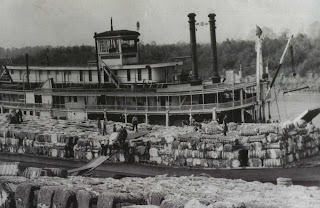 In 19th century America, cotton – of course – meant slavery.  Sure, Memphis was a regional distributor for hardwoods, too, handling more than 500 million feet of hardwood each year at the turn of the 20th century.  But the economy of this place was built on cotton: Memphis remained one of the largest inland cotton markets in the world by 1900, handling more than 1 million bales (500 million pounds) of cotton a year.  As an urban island in an agrarian sea, Memphis made its way as a distribution center for these rural wares - which were then shipped to homes and factories across the western world.  And though the practice of owning slaves was made illegal by the thirteenth amendment in 1865, sharecropping continued to make use of black labor in the late 19th and early 20th century, a system that kept African Americans tied to the land and greatly resembled its not so distant cousin, slavery. 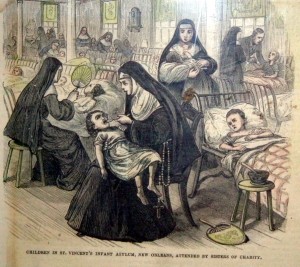 At the turn of the 20th century, Memphis was a city that was quite literally struggling to survive.  The Yellow Fever Epidemic of 1878 pushed the city to the brink of extinction: nearly two thirds of Memphis’ population was killed or fled during that epidemic in the spring and summer of 1878, and Memphis lost its city charter.  In 1893 the city regained its municipal status, surviving in part because of the heroic Memphis Martyrs, those who stayed behind to tend the sick and dying - often paying with their lives.

The people who moved back to Memphis near the turn of the 20th century were not the Irish and German immigrants who had settled here before the plague; rather, many were poor anglo farmers and black sharecroppers seeking a better life in an emerging southern city.

Among these immigrants was a man named Edward Hull Crump, a saddle boy from Holly Springs, Mississippi who moved to Memphis at 19 years old and got his first job with – of course – a cotton company.  Crump would effectively rule Memphis with patronage politics throughout the first half of the 20th century. 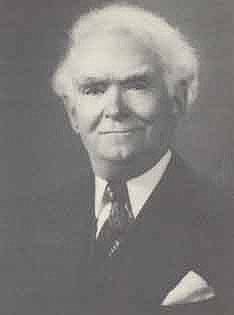 On May 17, 1954, the Supreme Court of the United States ruled that the notion of “separate but equal” institutions for blacks and whites, the legal architecture created in 1896 that led to the establishment and enforcement of Jim Crow segregation throughout the American south, was unconstitutional.  On October 16, 1954, just five months later, E.H. Crump would pass from this world with a heart ailment at the age of eighty.

Within a closed system, energy can be neither created nor destroyed. Rather, it can only change forms. 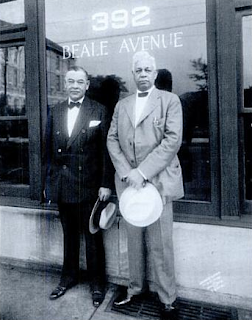 Crump tacitly allowed Lieutenant George W. Lee, Robert Church, Jr. and Dr. J.E. Walker to register thousands of African American Memphians to vote in the inter-war period, a time during which African Americans across the south were routinely killed for attempting to register to vote.

Memphis’ black political power base has strong roots in the early 20th century, and this base of power would grow during and after the modern civil rights era.  The Memphis NAACP branch would be named the best in nation by 1966, and Dr. Martin Luther King Jr. would travel to Memphis to ally with striking sanitation workers during his final campaign in the winter of 1968.  Rev. King’s death in Memphis, as perhaps the most influential American in the 20th century, reshaped the city’s future. 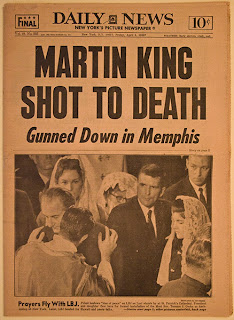 ***
When I came home to Memphis two and a half years ago, I'd – literally – just completed a year-long journey around the globe.  Memphis was known for many things in 2010; long labeled a poor city, Memphis was labeled a dumb city, an ugly city, a dirty city, and a bad city for biking.  The worst city in the nation for biking, in fact.

When I arrived in Memphis in July of 2010, I believed that within a couple of years we might  become the best city for biking in the American South.  Beyond bikes, I thought that making simple changes to our roads might lead to a new civic reality for Memphis.  Working from this premise led me to new friendships – Kerry, Wesley, Elizabeth and Matt – and it served to strengthen old ones: Kyle, Marvin, John Paul and Sarah.

Two and half years later, on December 27, 2012, The Memphis Commercial Appeal called 2012 “The Year of the Bicycle.”  The paper cited the bicycle as a primary driver in changing Memphis’ culture, and the recognition followed Memphis designation as the most improved city for bicycling in the nation.   Bikes Belong, seeing the possibilities in this southern town, invited Memphis to participate with six other cities in developing European style protected bike lanes in the United States. 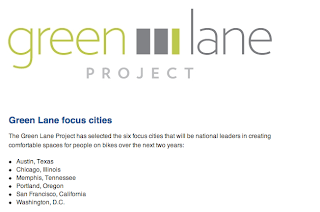 The City of Memphis received a $15 million grant to complete a bike and pedestrian bridge across the Mississippi River, and Germantown connected the Wolf River Greenway in eastern Shelby County to Memphis – a 1 mile stretch of pavement that connected two municipalities and more than 30 miles of protected bike paths in our region. 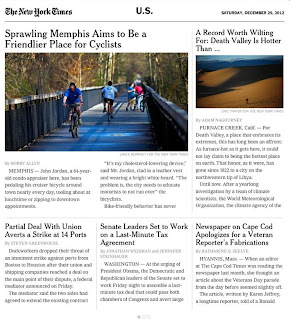 Instead, the New York Times wrote “Sprawling Memphis Aims to Be a Friendlier Place for Bicycles.”

Energy is neither created nor destroyed.

The week before Christmas, my closest friends in the world traveled back to the Bluff City to visit.  They live in Seattle and Nashville, Cincinnati and San Francisco, and before they left Memphis in 2009 we rode bikes every Thursday night – regardless of the weather.  A flask tucked into a back jean pocket made those 25-degree rides all the more exhilarating.
Each of my amigos told me how much Memphis had changed since they left four years ago. As with the national economy, 2008 – 2009 was a turning point in Memphis: we elected an amazing new Mayor – A C Wharton, but nearly a dozen of my friends uprooted and moved to new jobs or new schools.  I left the city to begin a year of travel.  But this year, when many of them visited my home in midtown Memphis, they remarked “If I could do what I do in Memphis, I’d probably live here.”

The Greek word Metanoia is used in the New Testament to signify the enigmatic process of repentance.  More precisely, the greek word meta can mean “after” of beyond, while the noun nous means “mind” or “understanding.” Metanoia, then, can imply that one has a new mind or a new mentality.  As my friend and mentor Cheryl Cornish describes the process of metanoia, it can be used to capture the notion that one is seeing with new eyes – a confrontation of old realities by new realities that fundamentally alters one's perception of the world.

2012, its loss and its joy, has showed me how old energies are taking new forms.  Memphis is growing and changing right before our eyes, and its influencing both the way Memphians and people living outside of Memphis see this place.  It’s igniting possibilities, influencing regeneration, and changing the deep well of energy in this place.  In short, 2012 has provided us with a new mind.
Strange as it may sound to say so, thankfully, we cannot escape our past.  Everything that has happened here remains present in a very real, physical way.  And the profound amount of energy in this place – energy that was oft channeled into misery and despair – has immense possibility in our new age.  As Memphians, we serve as the instruments of transformation for these historical forces, for this old energy seeking new forms.